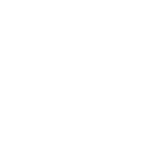 For this exhibition, Rinck has brought to life a new cast of motley characters centered around themes of sports, gambling, and symbols of modern life. Best known for manipulating stones such as diabase, marble, quartzite, and sandstone through traditional hand-carving techniques, the works on view feature Rinck’s signature textured and polished surfaces that allow the works to glisten and gleam as light hits the assorted man-made grooves or crystals inherent in some of the stones. This play of light activates the works with a sense of theatricality, aiding in the narrative elements of his figures. Inspired by French Romanesque, Pre-Columbian, and African sculpture, the works are imbued with an atavistic nature with a decidedly modern twist.